I love “ambient”, “space”,  or whatever you want to call that style of music that is primarily electronic and, well, spacey. That said, there’s a fine line between good space music and aural wallpaper. Too much of it is simply banal and trite with clichéd melodies performed on cheesy synths.

Brian Eno is generally considered one of the founders of space music, along with Vangelis, Steve Roach, Tangerine Dream, and others who worked in the 1970s and ’80s. There is a thriving ambient/space music scene today, as evidenced by such Spotify playlists as Atmospheric Calm.

In this post, I want to focus on one artist: Ulrich Schnauss. I first became aware of him when he joined England’s Engineers for their third album, in Praise of More. Intrigued by his effect on their shoegazey sound, I began investigating his solo work, and I was not disappointed. As a matter of fact, I can safely say I have listened to Schnauss’ new box set of his remastered first six albums more than anything else this year. (And what a year 2020 is turning out to be.) 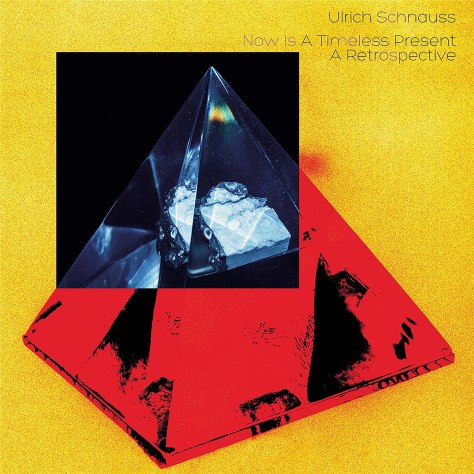 Entitled Now Is A Timeless Present, it is a stunning collection of space, shoegaze, soaring pop, and electronica. Schnauss manages to consistently thread that needle necessary to keep the listener engaged and wanting more. Every album in it has its own identity, yet one can listen to it and understand how he has developed organically to become one of the finest practitioners of ambient working today.

If I had to pick a favorite, it would be his third album, Goodbye, which features vocals that hover just outside the range of intelligibility, in the tradition of classic Cocteau Twins.

He has also joined the latest iteration of Tangerine Dream, continuing that storied group’s career. His latest effort is another collaboration, this time with guitarist Jonas Munk, and it is also excellent. Entitled Passage, it features driving rhythms reminiscent of Tangerine Dream (no surprise there!) as well as beautiful melodies. I’ve posted the video for the opening track, Amaris, below.

If you want to hear more, I’ve put together a Spotify playlist of the tracks that I think are his best. The fact that it is almost 4 hours long indicates the consistently high quality of his music!