2022 has barely begun, and Spirit of Cecilia is already excited about some new music! Editor-in-Chief Brad Birzer and Arts Editor Tad Wert discuss the album that has them both singing its praises.

Tad: Brad, I have been listening to Miles From Nowhere by Jonas Lindberg & The Other Side almost nonstop since early January. It’s already a contender for album of the year, in my opinion! From the opening rocker, “Secret Motive Man” to the closing epic, “Miles From Nowhere”, this is one of the most satisfying sets of songs I’ve heard in a while. I like everything about it: the production that recalls ‘70s prog rock masterpieces, the vocal harmonies of Lindberg, Jonas Sundqvist, and Jenny Storm, and most of all, the insanely catchy melodies liberally sprinkled throughout.

Brad: Tad, it’s great to be reviewing with you again.  It’s been too long, my friend.  I know, of course, that we’ve both been very busy, but life should always give away–at least partially–to the excellences of prog!  In previous reviews, you and I have wondered why there isn’t more music in the vein of Neal Morse, Roine Stolt, The Flower Kings, and Transatlantic?  After all, Steven Wilson has a multitude of musical followers and imitators.

Here, Jonas Lindberg and The Other Side, provide, I think, the proof that Morse and Transatlantic and Stolt and The Flower Kings do, indeed, possess followers, in the best sense.  Like the best of Stolt and Morse, Lindberg and The Other Side provide gloriously catchy melodies but always through complicated song structures.  I mean THIS. IS. PROG.  It’s everything I want in my music–driving, meaningful, full of integrity, and reaching toward true transcendence and greatness (lyrics as well as songs).

While I love the whole album, I’m most taken–at least at the moment–with “Oceans of Time,” track 4.  A glorious journey, to be sure.  The keyboards on this track especially soar.

Insideout really has found a great artist in Lindberg and his cohorts. 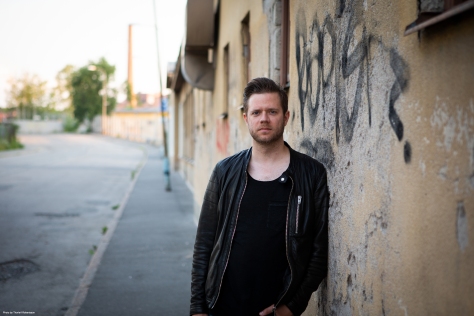 Tad: Brad, great minds think alike. I, too, am struck by how Morse-like Lindberg’s music sounds. How great is it that we are getting the fruits of Morse’s many projects in a new generation of artists?

I love “Oceans of Time”! In January, I taught a minicourse at my high school on how to design and put together stained glass windows, and while my students worked I played Miles From Nowhere. When “Oceans of Time” came over the speakers, one young woman remarked, “Mr. Wert, that’s some intense music.” Another replied, “I like it. It’s like punk rock by Celtic people!” And you know what, she’s right! The introductory riff definitely has a Celtic feel to it, and overall the song really rocks.

I love the interplay between lead vocalists Linberg and Jenny Storm in this song and throughout the album. The press release from Inside Out says the song is about ending a relationship, but the sound of it is just bursting with exuberance and joy.

Another favorite of mine is the relatively brief “Little Man”. I’m a sucker for a Beatlesque melody played on acoustic guitar. The way Lindberg layers electric guitars, bass, drums, and organ on top of the acoustic foundation is brilliant. If this were a single back in the heyday of Boston, Styx, and Kansas, it would be a smash hit.

“Why I’m Here” also features some tasty acoustic guitar work. Once again, I’m reminded of classic 70s album rock (in a very good way) in the vein of Pure Prairie League or Little River Band. I’m not sure Lindberg would appreciate those comparisons, but there is no denying they came up with memorable songs that have stood the test of time.

And we haven’t even touched on the 25+ minute long closing track! Suffice it to say that despite its length, it flies by in no time, never causing the listener any weariness. Just like the album as a whole, it holds my interest from the first note to the last.

Well, Brad, I think we’ve done justice to the first great album of 2022! It is due to be released on February 18, 2022. I’ve already preordered a physical copy, because I like it so much. Others interested in purchasing it can do so at http://www.lindbergmusic.com/. Meanwhile, enjoy Lindberg’s video for “Why I’m Here”: