Evangelicalism has played an important role in American society for hundreds of years, and today “evangelicals” remain an influential voting bloc. The term “evangelical” is thrown around a lot in historical scholarship and political rhetoric, but its meaning is less clear than most people imagine. Twenty-first century evangelicalism shares some tenets with evangelicalism of years past, and it has changed in other ways. If we are going to understand evangelicalism’s impact on society and politics, we need to try to understand what exactly it is and where it came from.

I’m not going to get into specific leaders or institutions known for their influence on contemporary evangelicalism. That would require delving into the countless parachurch organizations, leaders, churches, radio stations, colleges, seminaries, etc. Evangelicals are interconnected yet fundamentally decentralized. Thus, it would be very difficult to make sense of that aspect of the movement (if it can even be called a movement) in a blog post. Rather, I’ll speak generally about fundamental beliefs and concepts that broadly describe evangelicals.

D. G. Hart’s Deconstructing Evangelicalism and Mark Noll’s The Scandal of the Evangelical Mind are good places to start if you are interested in this topic and want to know more about contemporary evangelicalism. John Fea recently wrote a book called Believe Me: The Evangelical Road to Donald Trump. This book may shed light upon current trends in evangelicalism, but I haven’t read it, so I can’t say for sure.

Protestant evangelicalism is notoriously hard to define because people often use the word “evangelical” to describe many different denominations that have radical and subtle differences in belief. The changes evangelicalism experienced after World War II only complicate contemporary understanding of the concept for earlier periods in American history.

Historian D. G. Hart has argued that the term “evangelical” has lost its meaning today. In his book, Deconstructing Evangelicalism Conservative Protestantism in the Age of Billy Graham, Hart writes, “Evangelicalism needs to be relinquished as a religious identity because it does not exist. In fact, it is the wax nose of twentieth-century American Protestantism” [1]. Hart says that the word “evangelical” was used in a different way prior to 1950, and the term “evangelicalism” as it is currently understood is a post-World War II construct. At the beginning of the twentieth century, membership in a mainline Protestant denomination was synonymous with being an evangelical. By the late 1980s, this was no longer the case. The word did not refer to a particular group of like-minded people as is commonly thought today. By the 1980s, the term referred to Protestants who were theologically conservative yet not fundamentalist [2]. Today, the term largely shares that same meaning.

Now that we understand who we are referring to in the present day when we say “evangelical,” we should discuss the fundamental theological tenets of evangelicalism. Thankfully, for simplicity’s sake, these tenets have remained constant over the last few hundred years.

Contemporary scholars have overwhelmingly agreed with the definition of evangelicalism posited by David Bebbington in the late 1980s. His analysis provides the most coherent and useful understanding of the basic tenets of historical evangelicalism, and those tenets are useful in understanding the continued presence of so-called evangelicals in American society, even if the term is misleading today, as Hart argues.

Evangelicalism cannot be attributed to any one particular Christian denomination, although it has always been associated with Protestantism. Under Bebbington’s definition, an evangelical could be Anglican, Methodist, Baptist, Lutheran, Presbyterian, or any number of other denominations. Bebbington’s definition is typically referred to as the “Bebbington Quadrilateral.” He writes,

There are four qualities that have been the special marks of Evangelical religion: conversionism, the belief that lives need to be changed; activism, the expression of the gospel in effort; Biblicism, a particular regard for the Bible: and what may be called crucicentrism, a stress on the sacrifice of Christ on the cross. Together they form a quadrilateral of priorities that is the basis of Evangelicalism. [3]

Scholarship since Bebbington published this thesis has generally agreed with his four-pronged definition of evangelicalism, although 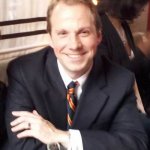 some scholars add to it. Kyle Roberts argues that revivalism should be a fifth element added to this quadrilateral. In his slightly broadened definition of evangelicalism, Roberts emphasizes that popular yet individual nature of evangelical religion, with every person expected to have a personal conversion experience [4]. Simplifying the definition of evangelicalism to conversionism, activism, Biblicism, crucicentrism, and revivalism provides a useful framework for understanding one of the most influential religious movements in American history.

If we dig a little deeper, we find that American evangelicalism has long been influenced by American democracy, particularly in the first half of the nineteenth century.  Nathan Hatch, who these days serves as president of Wake Forest University in North Carolina, contributed scholarship that has heavily influenced studies of American evangelicalism. Alongside the ongoing works of George Marsden and Mark Noll, Hatch’s democratization of American religion thesis is one of the most influential ideas in studies of American religion.

For Hatch, the principal mediator for God’s voice has been the people. He argues that American religion before the Civil War was democratic in three ways [5]:

According to Hatch, evangelicals in the early Republic actively demonstrated their democratic ideals in three ways. They rejected the notion of clergy as a distinct order of men separate from anyone else, thereby refusing to defer to so-called experts or religious authorities when it came to theology. The evangelical movements encouraged people to embrace their spiritual impulses rather than subject them to religious authorities. They were also very enthusiastic and idealistic about the impact their ideas could have. They believed religious and social harmony would emerge from their efforts and overthrow potential authoritarianism [6].

Hatch’s analysis focuses on antebellum America, but we still see reverberations of the democratization of religion in America today. The whole idea of being “seeker friendly” is probably one of the biggest ways democratization manifests itself in today’s evangelical churches.

Even though Hart argues that historical evangelicalism is fundamentally different from today’s evangelicals, the nineteenth-century influences on Protestantism remain visible in evangelical churches today. Although older scholarship, I believe Sidney Mead’s work from the 1960s provides valuable insight into understanding historical and contemporary evangelicalism.

In his 1963 book, The Lively Experiment: The Shaping of Christianity in

America, Mead argued that there were six shaping influences upon nineteenth-century Protestantism [7]:

In many ways, we can see these six traits in contemporary evangelicalism. These traits are ways in which evangelicalism interprets the ideas espoused within the tenets of Bebbington’s quadrilateral.

This overview of evangelicalism addresses many of the key tenets of religious belief and action, but it leaves out something very important. Mark Noll is perhaps most well known for his scathing critique of evangelicalism, The Scandal of the Evangelical Mind. The book is all the more powerful because Noll himself is an evangelical who happens to be interested in the life of the mind and intellectual inquiry. Those are two things with which most evangelicals fail to concern themselves. So says Noll in the first sentence of his book: “The scandal of the evangelical mind is that there is not much of an evangelical mind” [8].

Ouch. He isn’t wrong. Where are the serious evangelical research universities? If evangelicals want to believe in the authority of all aspects of Scripture, including its historical accuracy, then they should do a better job of using scholarly methods to study that. If it is objectively true, as evangelicals posit, then they should have no problem studying it seriously. Obviously not everyone is called to do that, but some are. Scholars like Noll and George Marsden have done excellent work, but they have been the exception rather than the rule.  As Noll argues, evangelicals have been successful at convincing people to believe in the Gospel, but they haven’t pursued “high culture” and the arts.

Maybe it is because many evangelicals have a very poor eschatology and are expecting Jesus to pop up at any moment and rescue them from this mortal coil, which could lead to an attitude of “who cares about high culture and art since it is all going to burn.” With that perspective, all that matters is spreading the Gospel. The problem lies in the notion that the Gospel can only be spread in a particular way.

I propose that there are more ways of spreading the Gospel, and there are other ways of honoring God with our talents. God has given each of us different skills, and it is a waste not to use them for His glory. Some people are not going to react to the overt emotionalism inherent in evangelical presentations of the Gospel. Some might need concrete evidence to lead them to the truth of the Logos. Some need that intellectual heft. Abandoning intellectualism to the secularists has only weakened American Christianity, and blaming it on democratization would be a cop out. Evangelicals didn’t need to throw the baby out with the bath water. They still needn’t.

This essay is adapted from a much broader historiographic essay entitled “An American Religion: Evangelicalism and Revivalism at the Close of the Nineteenth Century.”  I wrote that essay for a graduate course on Nineteenth Century America at Loyola University Chicago in the fall of 2018.