Ever since it became known that acting Attorney General Matthew Whitaker has spoken favorably about the right of the states to nullify unconstitutional federal
— Read on tomwoods.com/ep-1285-the-establishment-is-ignorant-nullification-edition/

Before I begin this introductory piece in earnest, I would like to take a cue from Tad Wert’s excellent piece about The Underfall Yard and display some gratitude.  A little over six years ago, one of this site’s founders, Brad Birzer, co-founded another site called Progarchy.com.  While dedicated to music in general, as it’s title would suggest, it’s emphasis was on my favorite musical genre, progressive rock.  Not long after the site went live, I left a comment there that grabbed Dr. Birzer’s attention.  The next morning, an email expressing thanks for the comment arrived in my inbox.  We exchanged a few more emails and promised to enjoy a beer together if we ever met in person.

But that was far from the end of it.  Only moments after that exchange ended, I received another email, this time with an invitation to be a contributor at Progarchy.  Having more than a few opinions about my favorite music, I jumped at the chance to write there, and I was off and running.  Still, I’ve never forgotten how I ended up there, and thus my decision to follow Brad here was made before the invitation email arrived.

As for me? Professionally, I’m a patent agent, which can be thought of as a patent lawyer sans law degree/state bar admission.  By education, I’m an electrical engineer, so the patent applications I write and prosecute are related to computers, electronic circuits, things like that.  Some of you are probably reading this on a device that has some stuff inside for which I wrote the patent.  I’m also a Navy veteran, having served six years as a sonar technician on the nuclear-powered submarine USS Olympia, with the entirety of my enlistment served under the best commander-in-chief of my lifetime, Ronald Reagan.

Personally, I have a wife who originally hails from Koga, Japan (about an hour north of Tokyo by train), and most importantly, an eight year old son who is one incredible kid.  It’s possible that he’s a bit spoiled, although I have absolutely no idea whatsoever how that happened (insert faux-innocent facial expression here).

Now to tie things up, I do a lot (and I mean, A LOT) of writing in my day job.  That writing is primarily an amalgamation of technical and legal writing … with emphasis on the technical … and the legal.  One of the joys of being a contributor at Progarchy was that I was able to write about something I loved, music.  Here, I get to do the same, and more.  I’m sure topics of many future posts will be musical in nature, but this site offers me a chance to write about other things.  I’ve already got a few ideas bouncing around in my head.  Please accept my apologies for the rattling noises.

In closing, I’d like to thank the founders of this site for having me.  It’s truly an honor.

Studying history at the graduate level has taught me a very important fact: life without Jesus Christ is sad, dark, depressing, and meaningless. I am drawn to the history of Christianity in my research. Over the last year or so, that has included “third great awakening” revivalism, with a specific emphasis on D. L. Moody. But in readings for traditional history classes, the focus is often upon slavery and oppression. Nuance is all but absent in the post-Foucault discipline of history, and this has bothered me a lot because even the best people are capable of both good and evil. For a variety of reasons, the academy has chosen to throw out all of the good in western thought because of some instances of horrible injustices (injustices which are in fact antithetical to western principles). One of the reasons I’m excited about Spirit of Cecilia is because this site is hopeful. We understand that there is goodness in the world, and there are ideas that God placed inside of us that are worth protecting and preserving.

Well as you’ve probably gathered, I’m a graduate student. I’m in the second year of a Public History MA program at Loyola University Chicago, and I plan to work in museum collections. I interned this past summer at the Gerald R. Ford Presidential Museum in Grand Rapids, MI. Working there confirmed for me that I really enjoy collections work. It is very rewarding. Thankfully, most of my classes in Public History are more practical than traditional history in the sense that they are preparing me to work in public history settings such as museums, oral history projects, national park service, archives, historical interpretation, etc.

I earned my BA in history from Hillsdale College, where I had the honor of having one of Dr. Brad Birzer’s magnificent classes on Christian Humanism. He was kind enough to invite me to write for Progarchy back in 2013, and that sent me headlong into the contemporary progressive rock genre. I’m very grateful that he asked me to be a part of this new internet venture. I hope to contribute to its excellence in whatever small way I can.

Fewer things in the world could be more depressing than reading this article (linked below), explaining how the majority of the Catholic leadership sidestepped a real and meaningful movement toward exposing the darkness now in dwelling in Christ’s house.

Ugly and, frankly, evil. The decision has more the stench of Satan than of incense.

END_OF_DOCUMENT_TOKEN_TO_BE_REPLACED

Socialists and Fascists Have Always Been Kissing Cousins | The American Conservative
— Read on www.theamericanconservative.com/birzer/socialists-and-fascists-have-always-been-kissing-cousins/

“Politics is downstream from culture.”  We’ve heard this phrase countless times.  But have we understood it?  Are we willing to enter into the subtle and profound worldview it implies?

I am an economist by training.  I received my Ph.D. in 2014 from George Mason University, a program known simultaneously for its commitment to the economic way of thinking and using this thinking in tandem with politics, philosophy, and the humanities.  I am now a professor at Texas Tech University, and a fellow at TTU’s Free Market Institute.

In recent years I have slowly awakened to the importance of practicing economics as a part of the Great Tradition—the conversation reflecting Western man’s self-understanding for more than 2500 years.  This includes recognizing that a society of free and responsible individuals cannot arise solely through clever institutional design.  Political economy rightly emphasizes that societies only flourish when they get the “rules of the game” right.  But there is so much more to that which orders our public life than statutes, court decisions, and even constitutions.  Free and self-governing societies require a certain ethos, which itself shapes and is shaped by the humane disciplines—history, literature, philosophy, music, and art.

END_OF_DOCUMENT_TOKEN_TO_BE_REPLACED 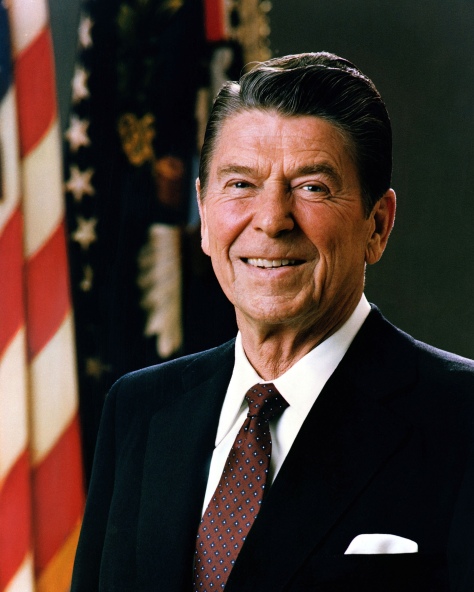