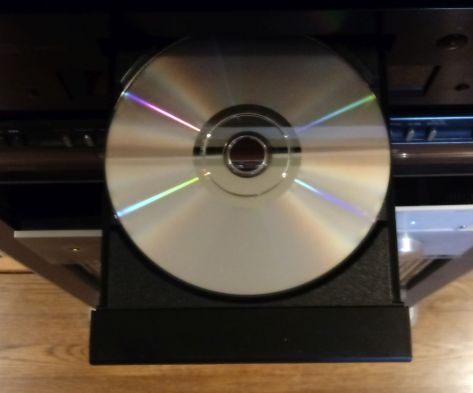 Now that sales of physical music product have cratered, and streaming is the default delivery mode for the majority of music fans, I want to raise a glass to the lowly compact disc. The decision by Tool to release their long-awaited Fear Inoculum only via streaming and digital download is probably the final nail in the CD’s coffin.

It’s hard to convey what a magical technological leap forward the compact disc was for serious consumers of music in the early 1980’s. I came of age in the ’70s, when the only choice was vinyl or cassette tape (8-track was so horrible, I never gave it a thought). I bought hundreds of LPs, and every time I opened a new one, I prayed that it wouldn’t have a scratch or skip. By the late ’70s, record companies were pressing records on such thin vinyl that you were all but guaranteed to have a warped album to deal with. To this day, whenever I listen to Kraftwerk’s Autobahn, I expect to hear a skip at the 2:34 mark, because that is where my LP had a scratch.

When compact disc players’ price dropped below $400, I jumped at the chance to buy one. The first CD I bought? Roxy Music’s Avalon. I still have it. What a relief to not have to get up every 20 minutes to turn the record over! What a relief to know that I could listen to an entire album without a skip, pop, or wiggle! CDs took up much less space than LPs, and those plastic jewel boxes were so cool.

Suddenly, albums that were 2-disc sets in vinyl were now single-disc CDs. It’s almost as if Bob Dylan knew that one day there would be the right medium for Blonde on Blonde. I’m currently working my way through Keith Jarrett’s monumental Sun Bear Concerts. When it was released in 1978, it was a ten LP set, and his brilliant long-form improvisations were interrupted by the time limitations of an LP’s side. On CD, it is five discs (plus an encore one), and every performance is complete. I get to immerse myself in the flow of Jarrett’s genius without the rude interruption of the needle hitting the end of the grooves.

Yes, I know that analog vinyl sounds “warmer” than digital CDs. However, with a nice amp and speakers, CDs sound incredible: beautiful stereo separation, and amazing dynamic range. (If you can find a copy, check out the jazz group Flim and the BBs’ Tricycle on DMP from 1983. You will jump out of your chair when the full group kicks in on the first track.) I will trade an uninterrupted Beethoven’s Ninth for some subjective “warmth” any day.

NME recently reported that vinyl sales are outperforming CD sales for the first time since 1986. My 2017 Mazda 3 came with Bluetooth and USB ports, but no CD player. At my local used books/music/movies store the “bargain” bins for CDS are overflowing with 25 cent copies of stuff from the ’80s and ’90s. Heck, it looks like even Blu-Rays are on the path to extinction, now that Samsung is not manufacturing players for them any more.

My only question is this: what if someone at Spotify, or Google, or Amazon, or Apple decides that that album or movie you really like is not acceptable in polite circles any more? When you only own a license to stream something, it can be taken away very easily, and there isn’t a blessed thing you can do about it.