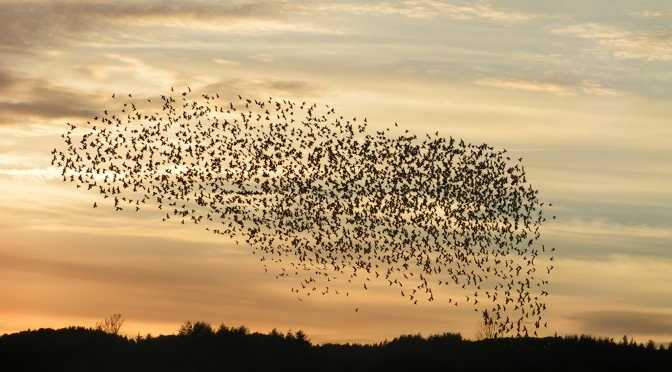 Markets are not exactly planned but they do exhibit certain designed arrangement like qualities. Adam Smith most famously termed the mechanism as the ‘invisible hand’. Interestingly we do inhabit an environment with numerous transient variables like changing individual preferences, resource constraints, technological breakthroughs, material and human capital turnover etc. All these changing equations and yet no noticeable dramatic disruptions. Seems like the most critical aspect of market system is its adaptability, an ability to restructure according to changing circumstances. Almost like a dexterous off-road machine with interlocked moving parts, constantly traversing unknown terrains.

A system theoretic view is useful because it compels us to investigate these abstract market structures and its synchronization tools. Hayek emphasized that prices can act as a signaling mechanism. By monitoring prices we can constantly restructure our own private plans, and hence adapt to constantly changing external circumstances. Quite like how an engineered machine part might interact with input patterns without actually comprehending what might have caused those signals. Without prices we will end up probing all the transient environmental variables which might impact our plans, inefficient if not impossible. Indeed these price signals are impersonal mechanisms conditioned by the very known and unknown economic factors relevant to our individual plans. Whether it’s engineered or emergent, adaptive systems can be driven only via such impersonal communication channels.

Markets do have architecture, it’s an arrangement of material and human capital catering to a set of utilities. In fact it can be perceived as an immensely complex machine with sub-systems and numerous causal connections. We are indeed aware of the objectives of an engineered system, commonly termed as use cases, and also how these use cases translate to specific schematic structures. But market structures and its overall objectives are always evolving. Here the capital structures of production are constantly being shaped by price signals determined by numerous individual actions. How markets prioritize various services and goods will eventually depend on a set of price relations reflecting the aggregate societal preferences. Almost like a real-time democracy.

Unfortunately, with some rhetoric it’s possible to convince someone, that with some additional central planning we can transform markets for the better. Engineering process itself can explain why central planning is unrealistic. If we go beyond simple structures, there are numerous divergent ways for designing systems. Even a relatively simple circuit can be crafted by organizing the same set of logic gates in several different ways.

Engineering is the process of applying a set of scientific principles to solve a particular problem. So even here the challenge is the discovery of that theoretical set relevant to devising the most optimal solution. In other words, applied science itself is a discovery process, not an algorithmic execution of givens.

Similarly, for the same set of economic objectives, several structural combinations of human and material capital are possible. Without competitive discovery process there is no scientific basis for claiming superiority of planned systems. Even here, only with market prices can we can compare the relative efficiency of various structural arrangements. Essentially the famous calculation problem elaborated by Ludwig von Mises.

Merely to emphasize the organizational complexity of our system let’s assume that we have a comprehensive knowledge of all the economic components, their relative values and their properties. Even then, designing the most optimal structural organization is at least an NP-hard class problem. For the very same set of system objectives we can have an exhaustive number of structural organizations. In other words, the process of figuring out the most productive arrangement within polynomial time frame mandates infinite computing power.

Indeed Hayek was absolutely correct to state that any form of Socialist central planning will only confine us to a primordial state. Only relatively simple arrangements can be planned.

To propose any rational economic organization it’s critical to understand the relevant properties of both human and material capital, essentially the components. So any superior structural order would also reflect a deeper understanding of these individual components, simply because this comprehension is invaluable for crafting a better design. In that sense, we can imagine the sheer mindlessness of soviet style planning. It organized individuals without any detailed theory of mind regarding human incentives within that totalitarian context, hence the absolute disaster. Here is another illustrative analogy — try to imagine the consequence of interfacing complex circuits without comprehending of how they respond to certain external signals.

In general, larger the scale of planning more severe this epistemological, computational and competitive discovery process related hurdles. Everything alludes to the fact that complex systems can emerge only with distributed computation on actually dispersed resources. Private property based market orders are simply more adaptive because of this very scalable structural arrangement.

Use of Computation in Society

Market structures emerge from complementary transactions, by its very nature they are positive-sum exchanges. The private decision-making autonomy allows numerous such transactions, and from that certain self-organizing structures emerge. Unlike centralized planning these market orders account for contextual information and individual requirements.

This knowledge of the local context may not be always utilized in the best manner possible. But in pure scientific terms, at least the local premise was recognized before the application of some theory, however imperfect that theory may be. Definitely this is an improvement over enforcing arbitrary plans with incomplete or no understanding of local circumstances.

Market selection process can lead to the emergence of best practices and better organizational arrangements because it enables the incentive structure to cooperate, making us better off than we otherwise would be. And at the same time concedes ample space to compete. Competition is indeed the most effective mechanism to challenge the existing methods and to expand our body of knowledge. The personal sphere of influence defined by private property rights enable individuals to experiment, learn and adapt their methods. Eventually with our individual efforts being directed by price signals there is an effective systemic mechanism to add value to even unknown individuals.

“function of prices is to tell people what they ought to do in the future.”

Based on the patterns generated by market transactions we can identify numerous self-organized groups. For example, at work we are part of a relatively determinate known group but a visit to the grocery store places us into a mostly unknown group of other individuals who frequents the same store. Within a large economy there are numerous such complementary wholes of transacting individuals, productively functioning by cooperating with many other similar self-organized sub-systems.

The ability of individuals to respect market rules of private property while pursuing divergent avenues enable formation and also a contingent structural adaptation. Causing other connected entities and sub-systems to adapt in different manners. Even without any central direction this spawns an organized structural order with abstract layers and causal feedback loops. Here individual actions always conform to known just rules of conduct. Essentially driving this emergent order and also what Hayek described as the ‘n-dimensional’ surface.